When it comes to wearing our products, our athletes put them to the ultimate test.

From subzero temps in the wintery backcountry, to trail running through the varying conditions of New Zealand, our products have seen it all. Find out what are our athletes’ go to products to get them from start to finish.

Raised in the Pacific Northwest, Austin realized pretty early on that snowboarding was what he wanted to do. Originally from Bellingham, WA, Austin moved with his family to Bend, Oregon as a teenager and has been calling Mt. Bachelor his home mountain ever since.

When he’s not riding professionally, filming snowboarding movies or traveling the globe searching for the best snow, you'll find Austin promoting Drink Water, which he co-founded with good friend Bryan Fox. Together they encourage people, especially kids, to ditch the energy drinks they don’t need and grab a glass of water, then donate the proceeds to water.org. 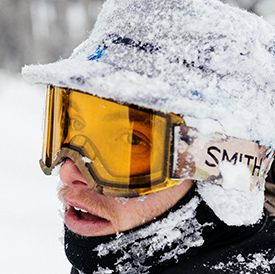 Darcy is a legend within the Ultrarunning scene. Growing up outside of Detroit, running didn’t play a big part in her youth. It wasn't until after graduating college that she seriously took up running. Since then, she’s been on the podium of some of the world’s toughest races, like the Hardrock 100 and Ultra-Trail du Mont-Blanc. 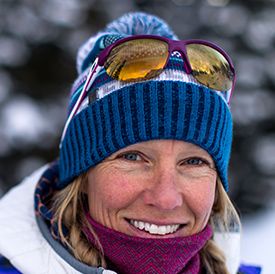 Skier, adventurer, photographer, writer: it’s hard to pick one word to describe what Kalen does for a living. It started with skiing, though. She moved to Alta, UT from her childhood home in Idaho in search of powder skiing.

Once based in Utah, Kalen worked nights at the resort, which allowed her all day to hone her skills around the mountain. She spent summers as a wildland firefighter in order to take the winters off and focus on her skiing. Since then, she’s become a multi-faceted athlete here at Smartwool as she truly embodies the active mountain life, driving around the West in search of the next adventure. 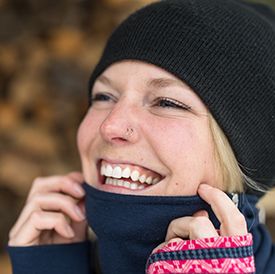